When contemplating an investment offshore, before deciding on the type of portfolio and/or platform that will meet your requirements, you need to decide whether you want to invest in a rand-denominated fund or use your foreign allowance.
Share on linkedin
Share on facebook
Share on twitter 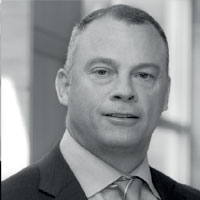 When contemplating an investment offshore, before deciding on the type of portfolio and/or platform that will meet your requirements, you need to decide whether you want to invest in a rand-denominated fund or use your foreign allowance.

You want a simple solution and do not want to expatriate assets. There are a number of advantages with a rand-denominated investment, which include not needing to buy foreign currency; nor needing tax clearance from the South African Revenue Service (SARS).

You can invest directly offshore using your South African Reserve Bank (SARB) offshore allowance of R11 million. There is no tax clearance required from SARS for the first R1 million of your investment. The next R10 million is subject to the exchange controls of the SARB. These controls allow South African investors to invest up to R10 million offshore annually, so long as the investment is accompanied by a tax clearance certificate.

An important aspect which could steer the direction of your investment decision, is CGT. In a rand-denominated fund, any currency* gains when you sell units from your Collective Investment Scheme (CIS) or unit trust, would attract CGT. The impact of this could be meaningful when you consider that the current inclusion rate for CGT is 40% and not only 10% when CGT was implemented.

* Based on the assumption that the rand will depreciate against other global currencies over time.

The impact of CGT on offshore investments

This issue of Educator aims to demonstrate how CGT can affect your decision of how to invest offshore – it is not simply about when to invest, the time period and type of portfolio. Being fully informed can prevent surprises when your service provider presents you with your IT3 C tax certificate.

STANLIB Multi-Manager is not a tax professional. Please seek the appropriate assistance/advice from a qualified financial or tax adviser.

Tick all the right boxes – partnering with a multi-manager